Hemp History – The origins and history of hemp

CBD oil is the latest trend in hemp, but Hemp History goes back thousands of years. Over the last century, hemp has become a controversial plant due to its association with marijuana. But do you really know what hemp is? It is not marijuana.

Although hemp and marijuana are often lumped in together as the same plant, their genus is the only thing that they share. They are both varieties of the cannabis sativa plant, but they are two very different plants. Hemp lacks the psychoactive effects of marijuana. Where marijuana usually has a tetrahydrocannabinol level – its main psychoactive constituent – between 10 and 20 percent, industrial hemp contains less than 0.3 percent.

Hemp has been part of agriculture for over 10,000 years. It also has a medicinal history that dates back to 2700 BCE when Chinese emperor Shen Nung was in power. Romans grew hemp for the production of clothing, rope and sails.

The Hemp History of Clark County, Kentucky, dates all the way back to the pioneer days of 1779, when hemp was grown to make clothing.

One early settler recalls getting his first hemp seed, saving the hemp stalks, and how his wife made him a shirt out of it. Hemp fibres were spun into yarn using spinning wheels, and woven into fabric on looms, just like wool and flax.

All this changed with the rise of cotton plantations in the southern states, in the early 1900’s. Cotton replaced hemp for clothing, and hemp was used to accommodate the new cotton industry. The bags for cotton bales were made of hemp, as were the ropes used to tie them up. Hemp was also used by the U.S. Navy to produce ropes and sails for their ships.

Kentucky has ideal soil and growing conditions for hemp, so it became one of the main areas for hemp production.

Hemp History – Some history is well worth repeating

Some history, such as Hemp History, is worth repeating. Industrial hemp can help solve the world’s climate crises and save our planet.

2019 saw a growing awareness of climate change worldwide, and thankfully, politicians are beginning to make it a priority. In the U.K., progressive-thinking politicians included environmental issues and goals in their election campaigns.

Ironically, we can look to the past to find answers to todays climate issues. Industrial hemp, although mocked by current day leader Boris Johnson, was once a mandatory crop for farmers in the U.K. Both Henry VIII and Elizabeth I enforced that every farmer grow a portion of hemp.

The miracle of hemp, is that it can be used to replace any kind of material, such as plastic, concrete, and cotton. It can help reduce, or perhaps even eliminate, the climate crises on our planet.

Hemp History – Wisconsin farmers and politicians are all in for hemp

The state of Wisconsin made Hemp History in November 2017, when it became the first state to collectively approve a hemp pilot program. Farmers were on board with hemp from the get go.

For the hemp pilot program, the Wisconsin Hemp Alliance received close to 250 applications for growing hemp, and 100 applications for processing it. The same enthusiastic response happened with the passing of the 2018 Farm Bill, which removed hemp from the list of controlled substances. The applications from both growers and processors increased immensely from the year before.

Now Wisconsin is taking the next step forward. Gov. Tony Evers signed into law a bill that expands Wisconsin’s hemp pilot program into a permanent one.

The U.S. made Hemp History with federal legalisation. Now one U.S. company is refining cannabinoids, which will change the future of hemp.

Despite hemp’s significant place in U.S. history, its resemblance to marijuana has always caused problems. The 1937 Marijuana Tax Act created a substantial downfall in the hemp and marijuana industries, due to the high tax rate on these plants.

During WWII, the U.S. government encouraged farmers to grow hemp, for the war effort. After thirty years, the Marijuana Tax Act was abolished, but only one year later, the Controlled Substances Act banned cannabis use completely.

In the nineties, a handful of states started to reintroduce hemp growing for medicinal purposes, going against all federal rules. With the enactment of the 2018 Farm Bill, all this has changed and a new era has begun.

Indiana is making Hemp History with the first hemp harvest the state has seen in decades. Hemp is a member of the cannabis family, but it won’t get you high. It is grown for its industrial uses, for making thousands of products such as rope, clothing, paper, and CBD oil. 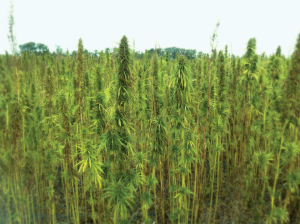 Changes in federal and state hemp laws set the stage for the return of this versatile crop. Approximately 100 farmers were selected to grow the first hemp crop, and given state permits to do so. These farmers are growing hemp for research purposes, to test its viability and market potential.

Hemp was banned in the U.S. in 1937, ultimately due to its resemblance to marijuana, but it is making a strong comeback now that it is legal, once again.

Rhode Island is making Hemp History, as hemp is harvested for the first time in 50 years. 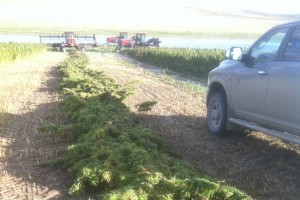 Dawson Hodgson, co owner of Sodco Turf Farm in Rhode Island, planted 65 acres of hemp this year, and is harvesting up to 70,000 plants. Hodgson is taking the lead for Rhode Island’s new hemp industry.

The hemp crop at Sodco Turf Farm has been a great success. Good weather conditions made cultivation easy, with the need to water only once. Harvesting and processing has had its challenges, but as Hodgson says, you fix the problems and move on.

Since Congress removed hemp from the list of controlled substances last year, the industry has experienced rapid growth all across the U.S.A.

Hemp History – Slow comeback for hemp textiles in the U.S.

Despite the significant role of Hemp History in the U.S., experts say it will take some time to reestablish hemp textiles in the industry. Hemp textiles were once widely accepted in the U.S., substantiated by the fact that the U.S. Constitution was written on hemp paper. 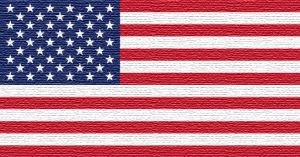 The recent legalization of hemp in the U.S. has spurred a reawakening of the industry nationwide. The number of farmers growing hemp has increased exponentially this year. They have high hopes of cashing in on this versatile crop that was illegal to grow for over 80 years.

The majority of farmers are growing hemp for CBD production. This variety of plant is short and bushy, much unlike the tall variety of hemp grown for fibre and textiles.

Hemp fibre is strong and durable, which is why it was used to make rope, sails and canvas many years ago. Now there are ways of using hemp to make clothing, upholstery fabric and silk, and hemp textiles last much longer than cotton.

Hemp is now making a comeback, due to its many uses and sustainability. It fits well into the new age of technology by supplying eco-friendly options for modern living.

Several American presidents have grown hemp in the past, including Thomas Jefferson, James Madison and Andrew Jackson. Hemp was once a thriving industry in the U.S. and Wisconsin is one of several states that want to revive this versatile plant.

There is no known terminology in Hemp History to quantify the crop. There are wheat bushels and potato centuries, but what do we call hemp?

The 2018 Farm Bill removed hemp from the controlled substances list. It is now an agricultural commodity in the U.S., but there is yet to be a universal name for hemp quantities.

From seed quantities to fibre lengths, there is no standardization. This is leading to confusion with investors, as there’s no method for determining numbers. Jay Noller, head of Oregon State University’s new Global Hemp Innovation Centre, said everyone is saying, “People are investing in hemp but we don’t know what to divide it by.” 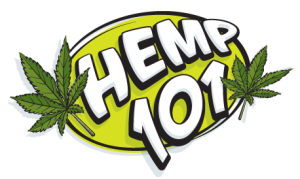